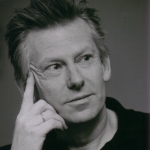 Professor Kas Oosterhuis is an internationally recognized architect, educator and researcher based in Netherlands. He teaches digital design methods at the Delft Technical University and leads a staff of 12 researchers at Hyperbody, the knowledge center for Nonstandard and Interactive Architecture at the TU Delft. In his most recent book “Towards a New Kind of Building: a Designers Guide to Nonstandard Architecture” Oosterhuis focuses on the change in conception and realization of design due to digital design and production methods and engages the new modes of architectural practice that embrace the shift from standard to nonstandard structures and from static to dynamic buildings. He is Director of the protoSPACE Laboratory and member of the Dutch Building Information Council [BIR]. Kas Oosterhuis has lectured worldwide at numerous universities, academies and international conferences. He has initiated two GSM conferences at the TU in Delft on the subjects of multiplayer game design, file to factory design and build methods and open source communication in the evolutionary development of the 3D reference model. His design projects have received numerous awards including, the 2006 Dutch Design Award for Public Space, 2008 Autodesk BIM Experience Award, 2006 National Steel Award, 2006 Glass Award. 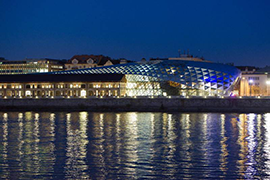 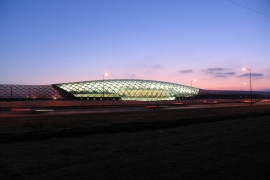